Hit enter to search or ESC to close

The Horn of Khat 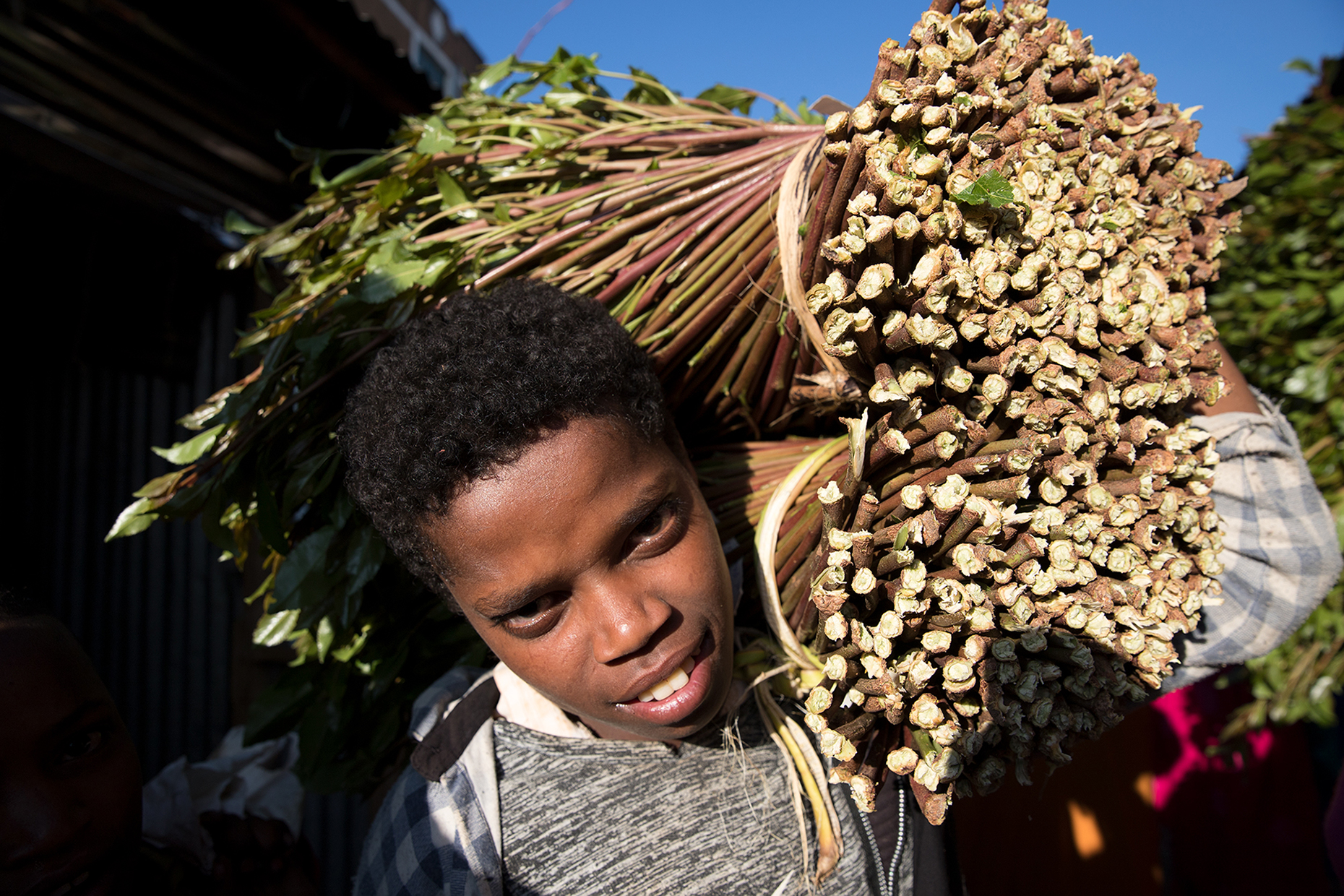 Khat or qat is a plant native to the Horn of Africa and the Arabian Peninsula containing the alkaloid cathinone, a stimulant, which is said to cause excitement, loss of appetite, and euphoria. The effects of the use of cathinone occur more rapidly than the effects of amphetamine pills with similar effects of manic behaviours and hyperactivity. In the long term it might causes depression and psychosis in extreme cases. The World Health Organization (WHO) classified it in 1980 as a drug of abuse that can produce psychological dependence, although the WHO does not consider khat addiction to be seriously problematic.

Nevertheless, it is a legal drug in countries such as Djibouti, Kenya, Uganda, Ethiopia, Somalia and Yemen.

Thousand of years ago, the khat consumption was related to religious or social parties. Nowdays, it has became part of the daily life of the countries around the Horn of Africa, being used as well by farmers and labourers for reducing physical fatigue or hunger, by the workers of the khat market to resist long hours of hectic work or the truck drivers from the khat market to Djibouti markets.

These photographs have been taken in the area of Harar in Ethiopia, where Khat is part of the daily life of the citizens and where the world most important market of Khat is located. 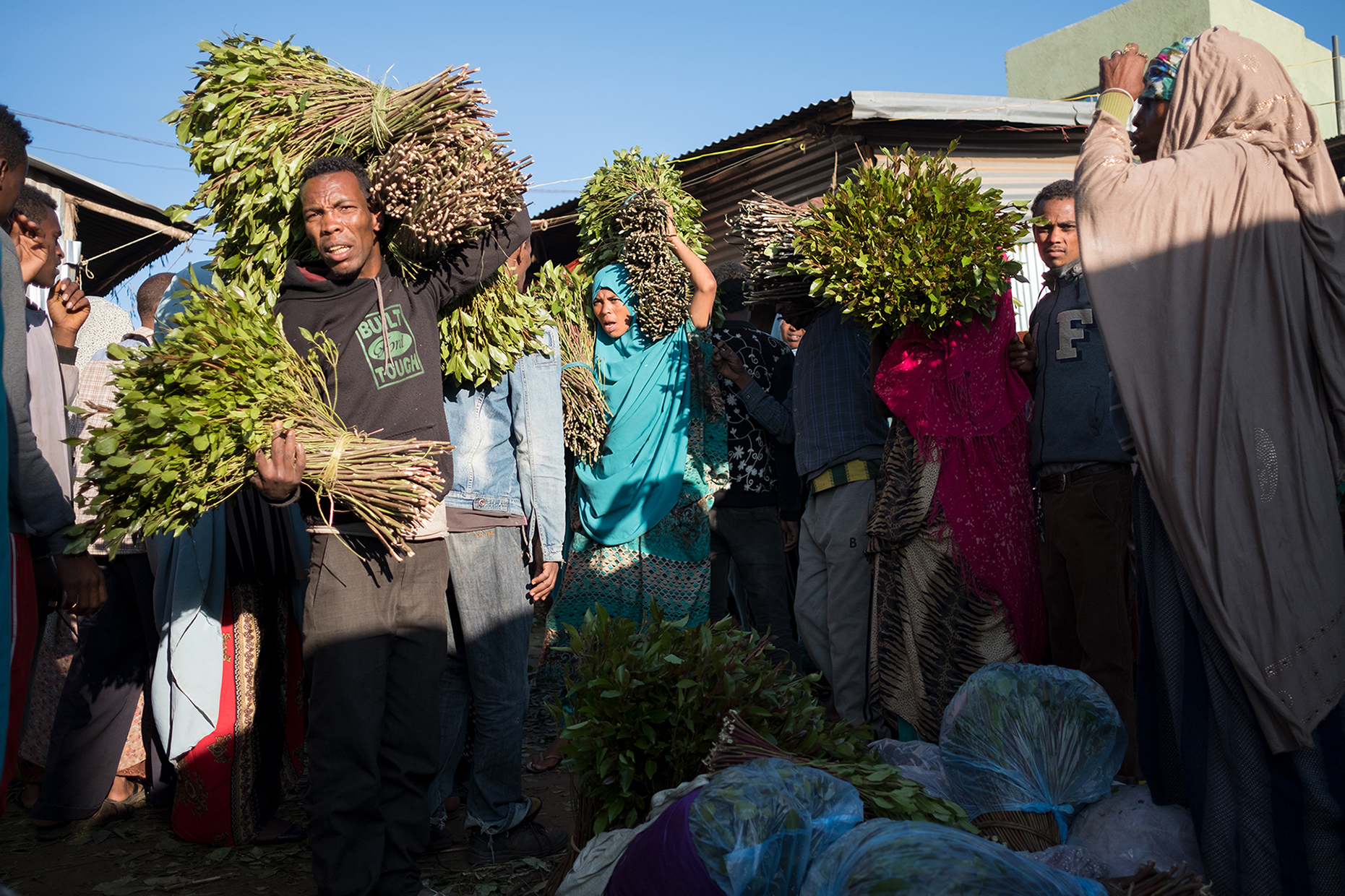 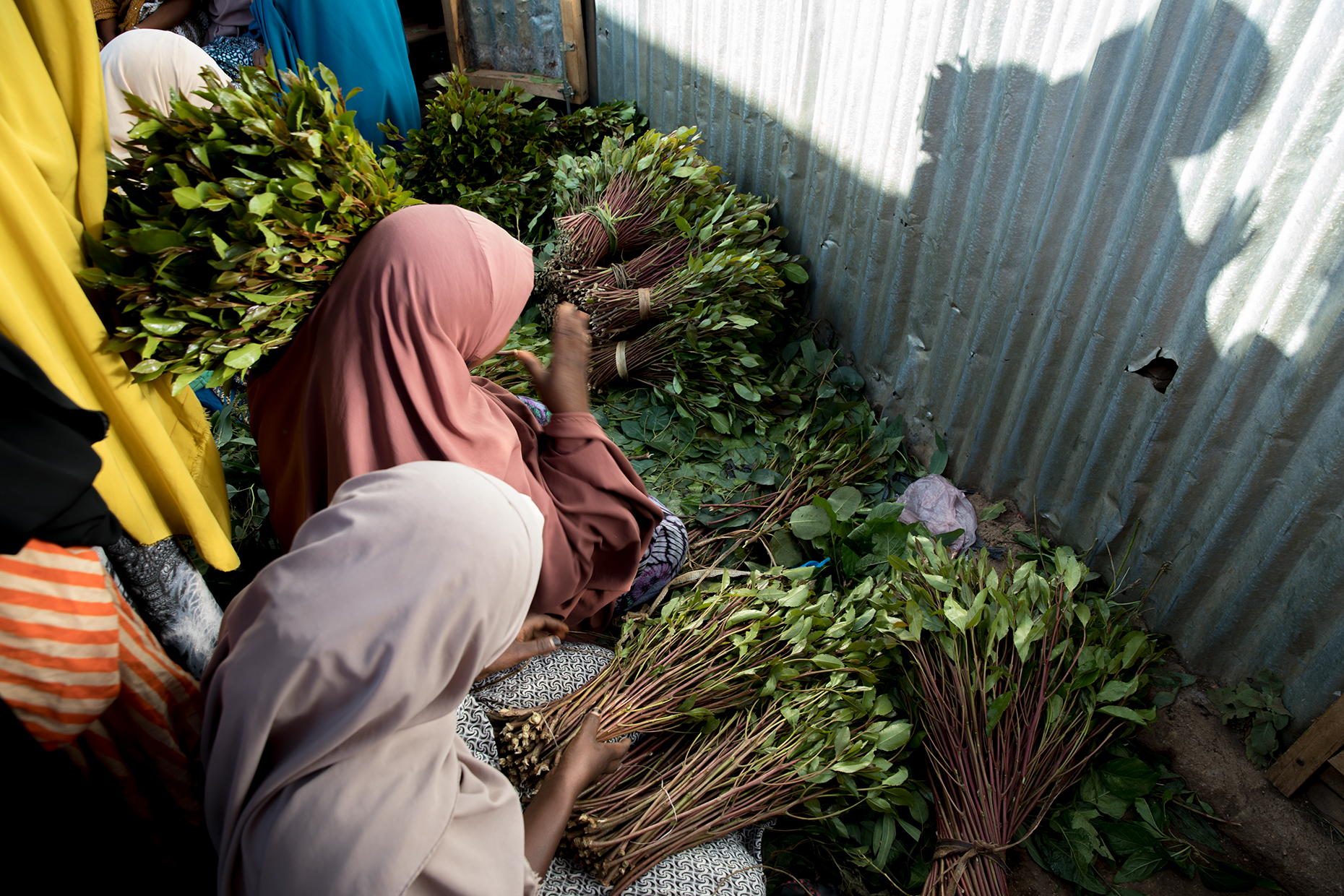 Women are very active in the market of Khat. They split the bunches into smaller arrays. They are the direct sellers to the individual consumers. 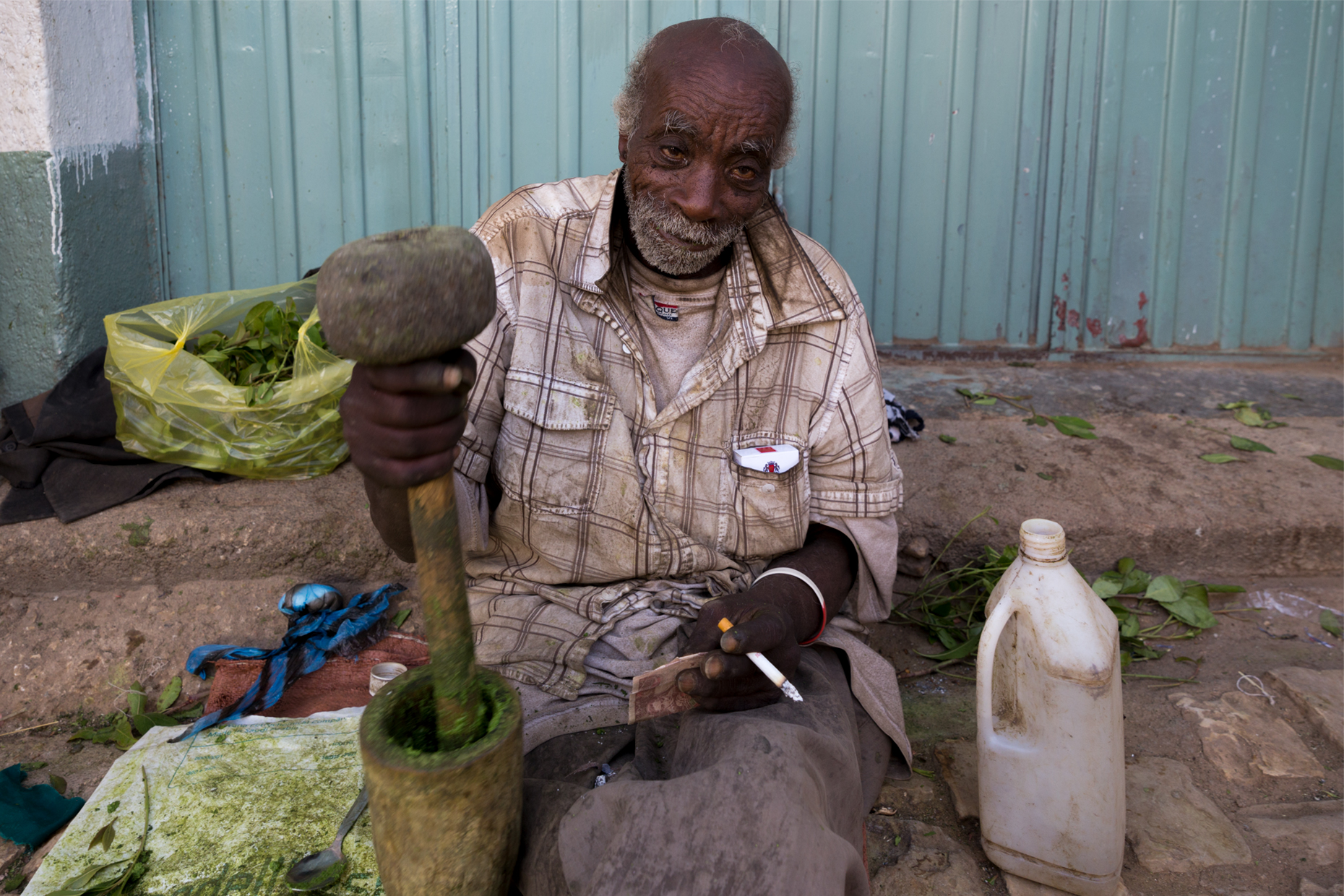 A Life With Khat

This old poor man cannot chew the khat leaves directly since he has no teeth yet. He can grind the leaves and take the paste directly into his mouth. Harar, Ethiopia. 2017.01.16 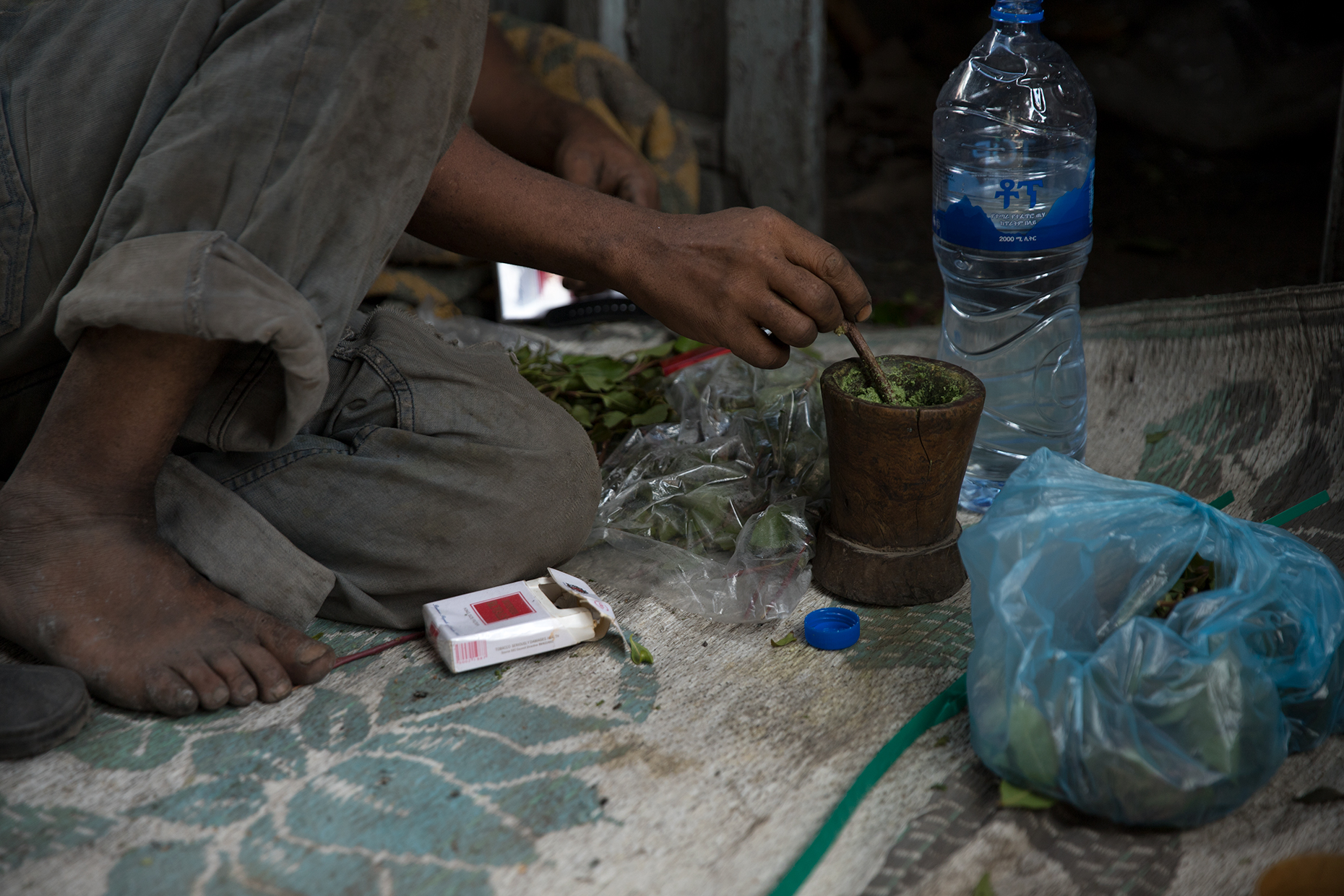 After grinding the leaves, the paste is taken directly with a tea spoon. Harar, Ethiopia. 2018.11.13 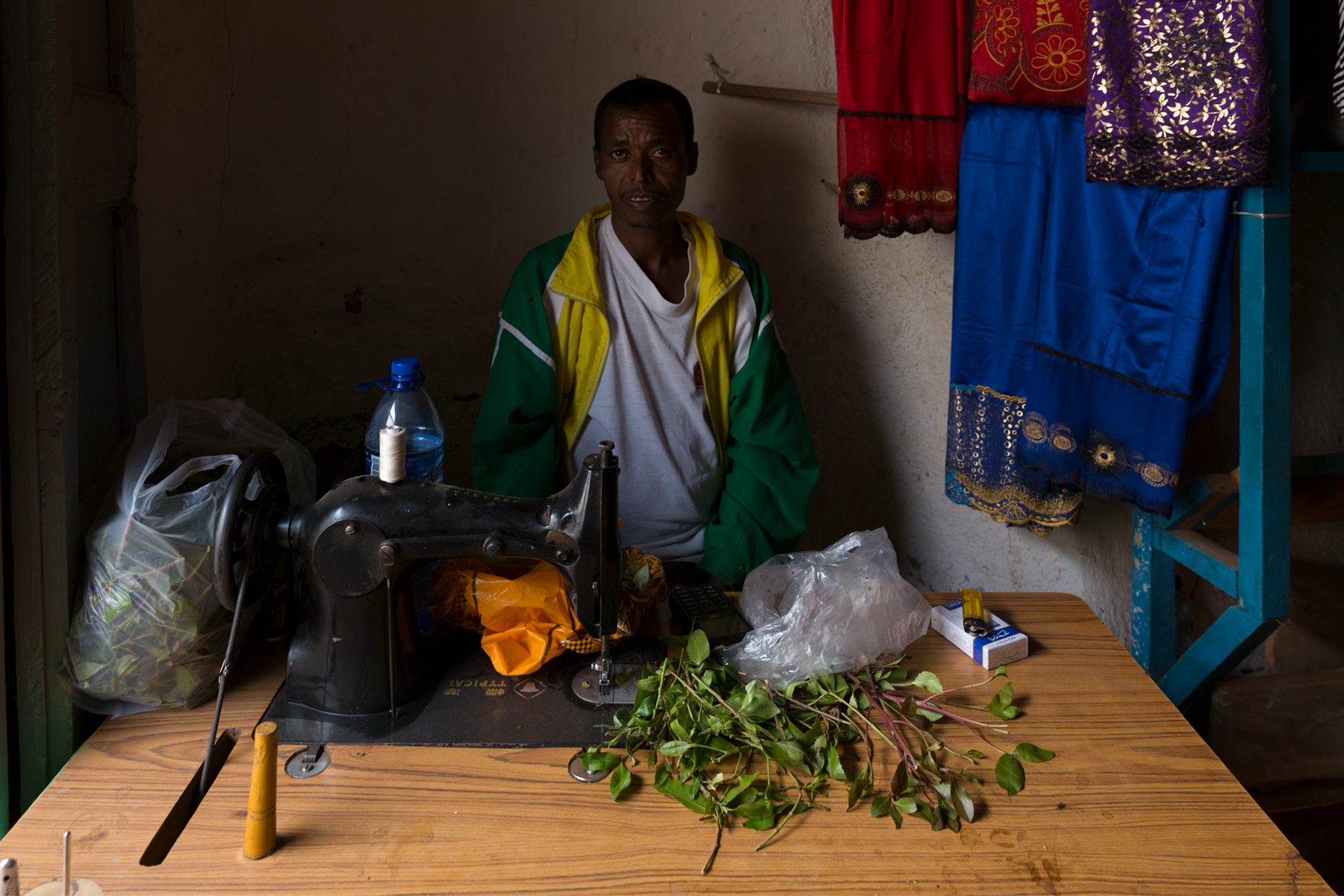 The Khat leaves are part of the working places of Harar, prepared for breaks. Harar, Ethiopia. 2017.01.16 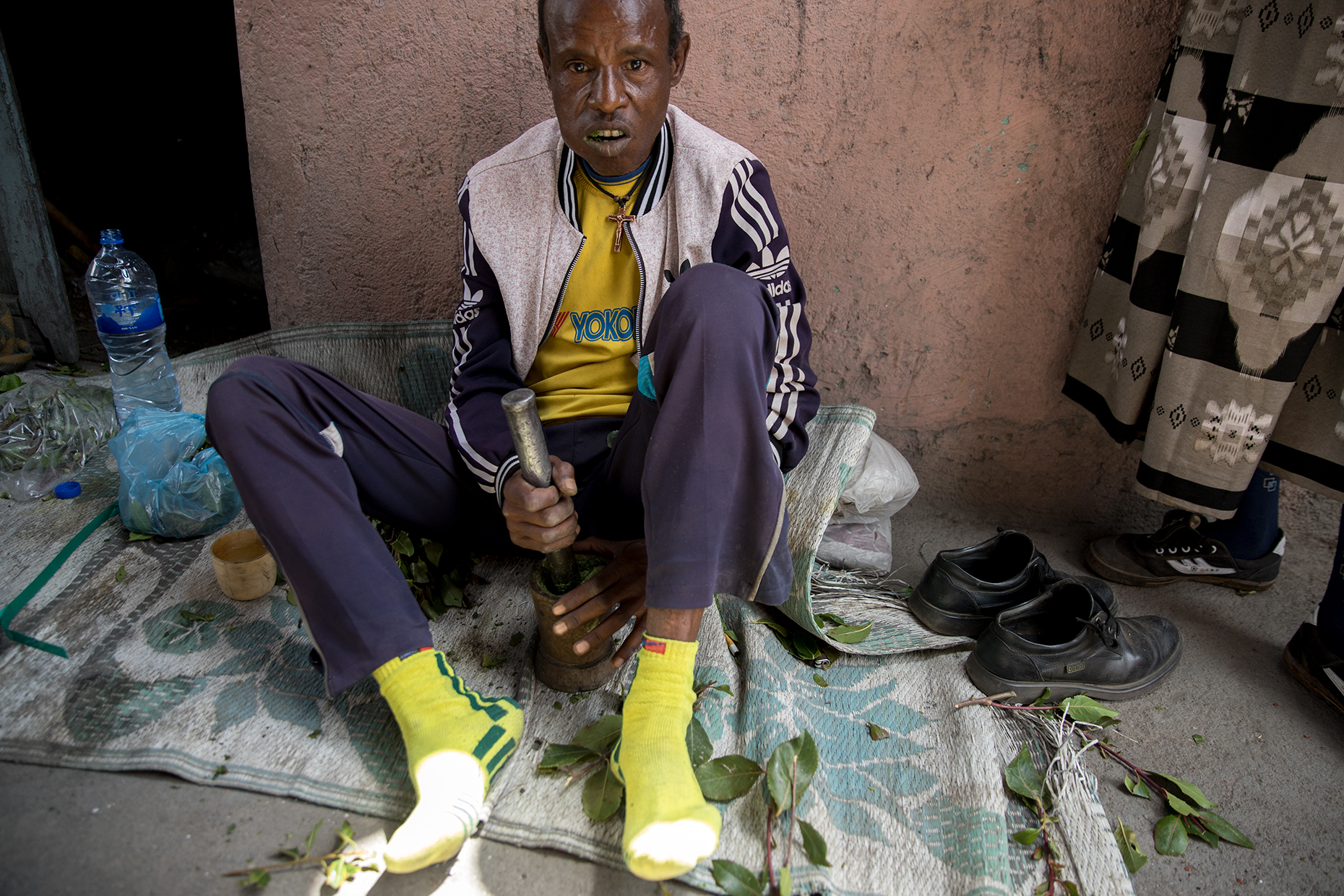 Preparing For Work With Khat 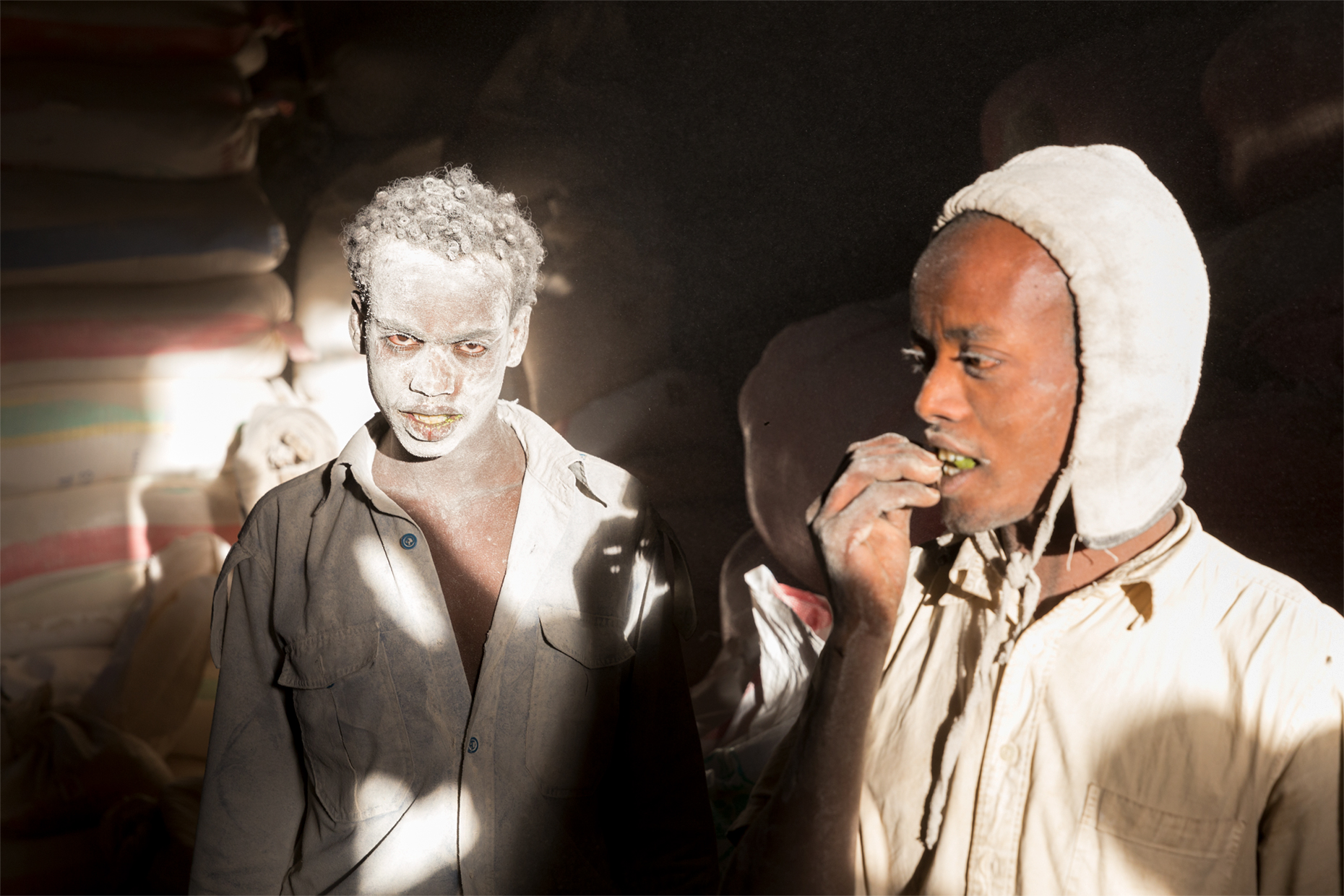 The work is hard. Chewing khat provides the energy and the mood to continue during long hours. Harar, Ethiopia. 2017.01.16 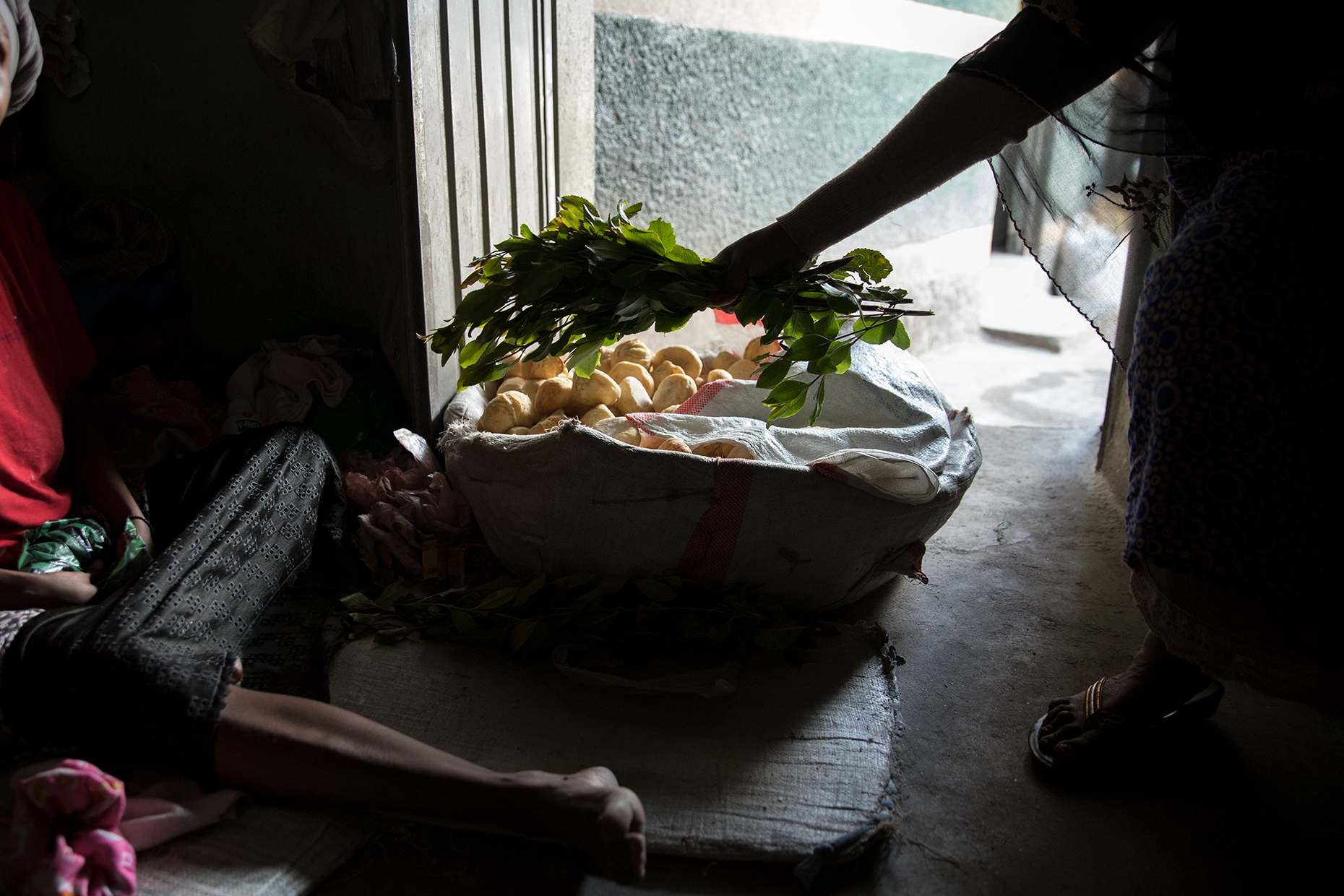 A woman hands a bunch of khat to the baker woman selling her bread. Harar, Ethiopia 2018.11.13 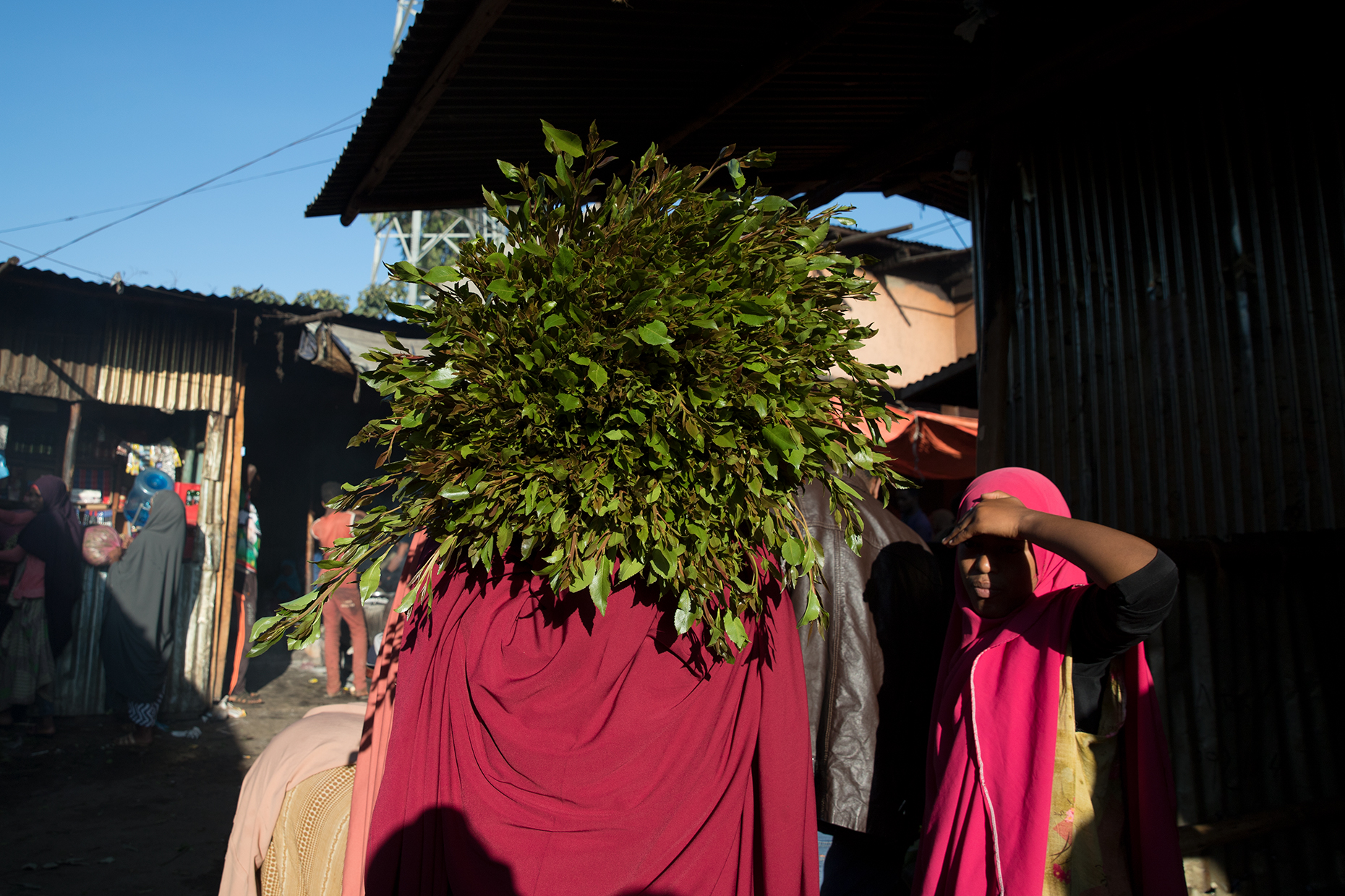 Women participate very actively in the Khat Market. They trade at the more detail level, being very much in contact with the final consumer at the city markets. Harar, Ethiopia. 2018.11.13 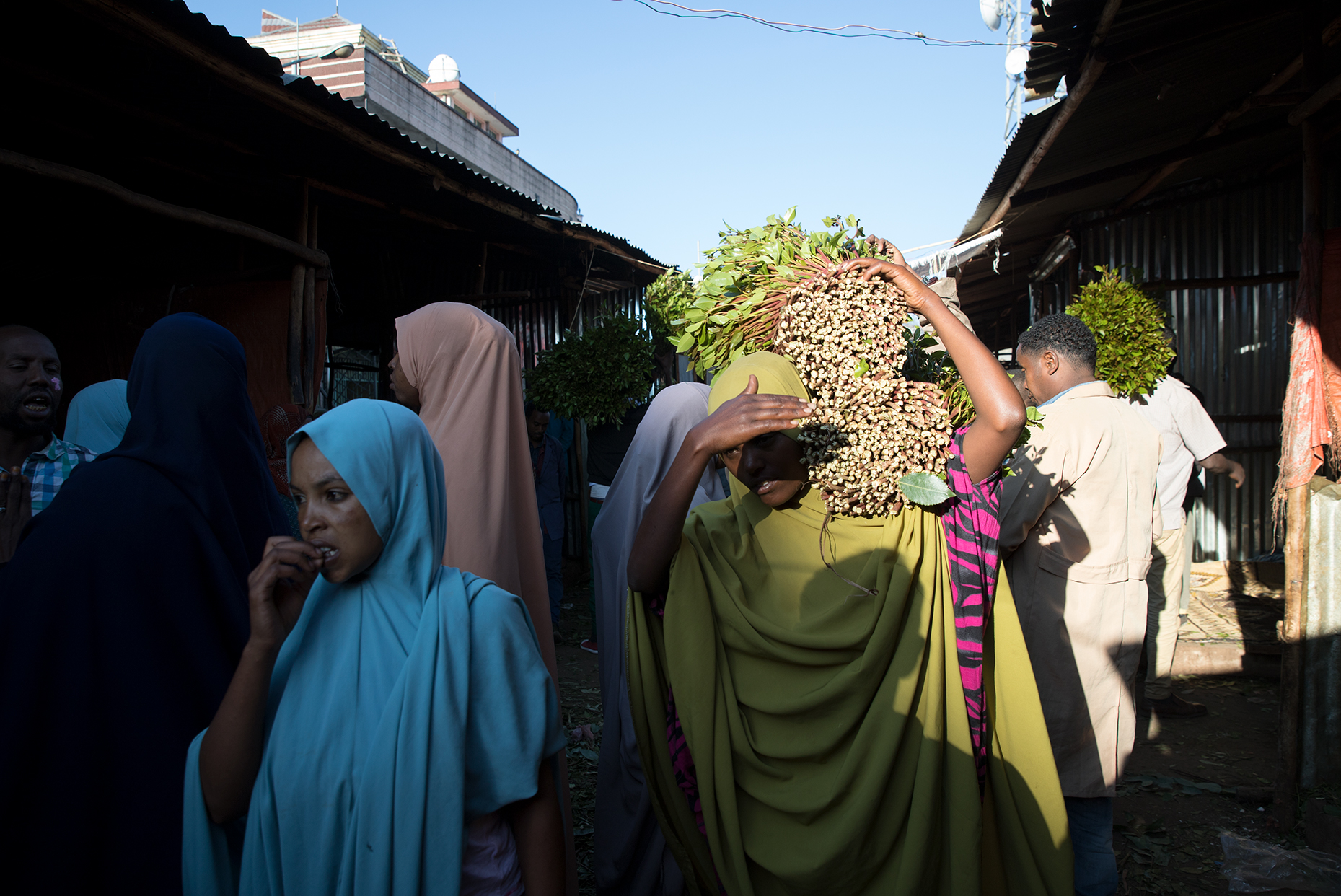 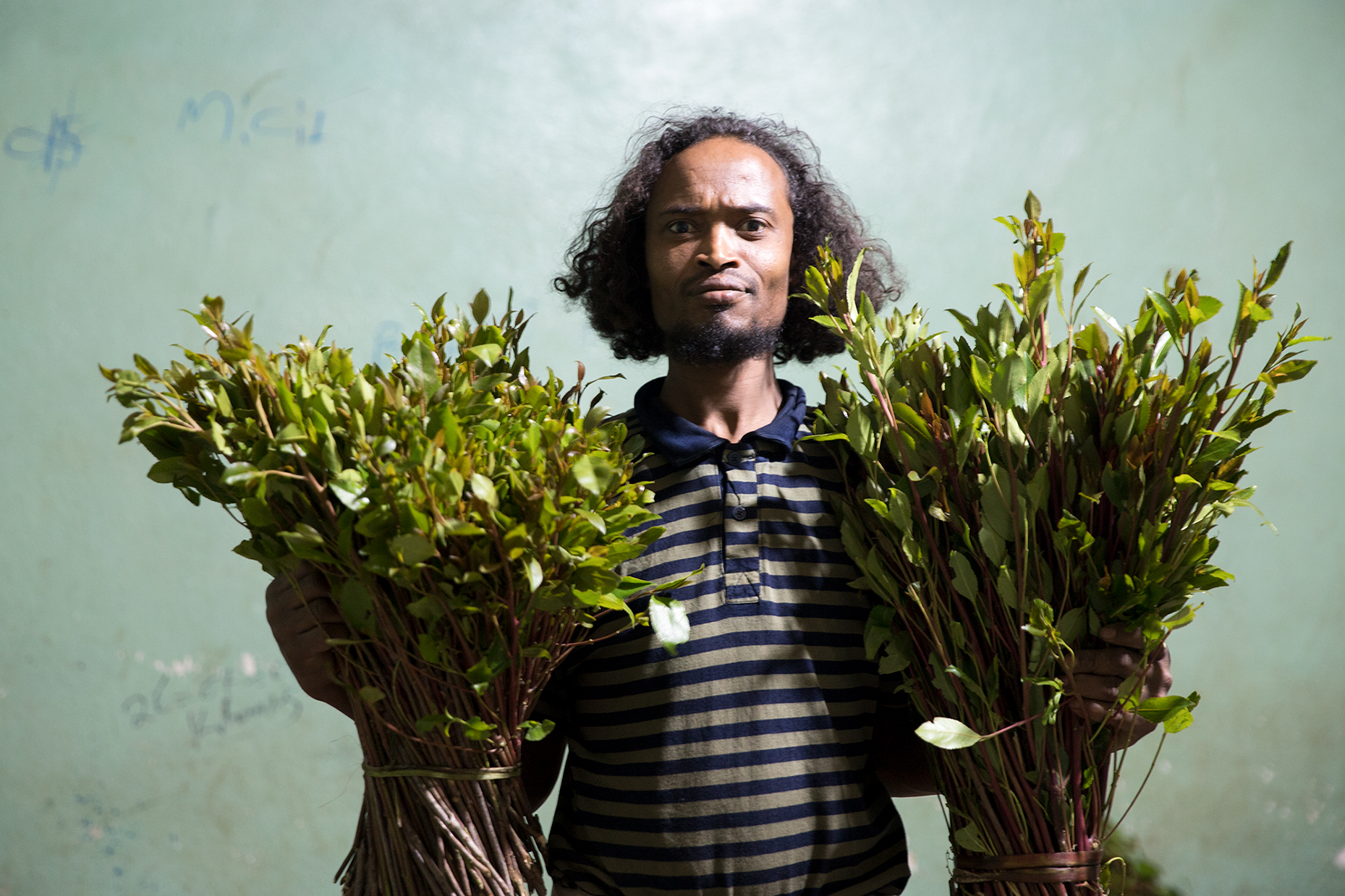 A worker of the Awaday Khat Market poses with two bunches of the most appreciated quality of Khat leaves. Harar, Ethiopia. 2018.11.13.

This website uses cookies to improve your experience. We'll assume you're ok with this, but you can opt-out if you wish.Accept Read More